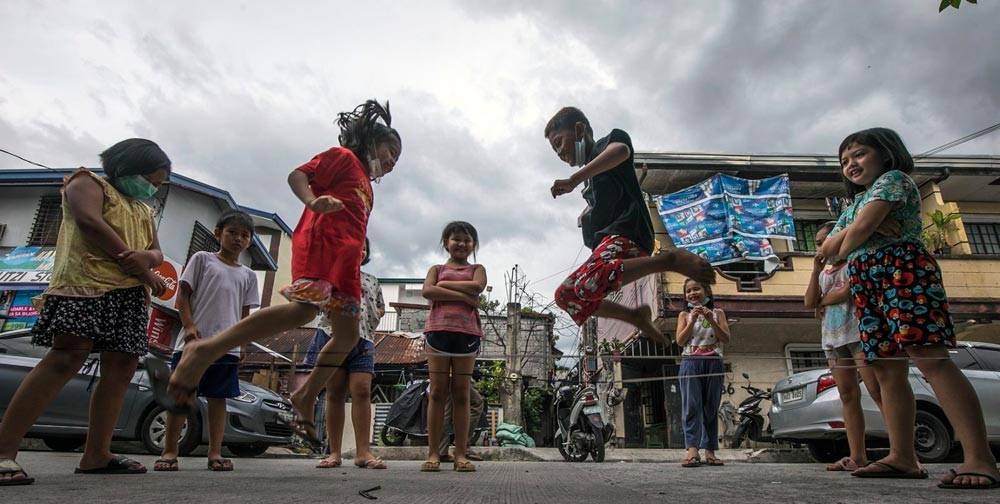 Children play games in a neighborhood in Barangay Holy Spirit in Quezon City on July 11, 2021 after the government eased quarantine rules for children, allowing them to spend time outdoors. PHOTO BY RUY L. MARTINEZ

MAYORS in Metro Manila will draw up guidelines on allowing children to go outdoors.

Metropolitan Manila Development Authority Chairman Benjamin “Benhur” Abalos Jr. said on Monday the 17 mayors who comprise the Metro Manila Council will meet to come up with the guidelines within two days.

The Inter-Agency Task Force (IATF) has allowed children aged five and older to go to places like parks, beaches and hike trails, but not to shopping malls or other indoor establishments.

He said the decision was based on discussions with health experts, pediatricians and epidemiologists.

Abalos said the IATF made the decision because children have been staying at home for almost two years. Letting them go outdoors will be good for their social, physical and mental well-being.

He also reminded everyone to avoid crowded places.